Snow, Turkeys and a Sexy Boyfriend..... 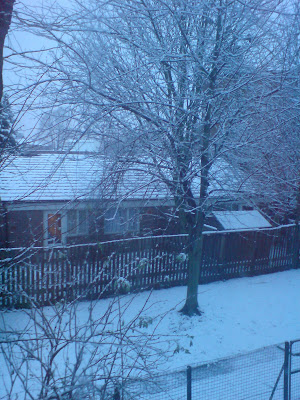 I’m a Rugby widower today so I thought I would bring you up to date with what’s going on down here in London as well as some news topics that have ground my gear in the past week.

First of all a photo for you of what most of the U.K woke up to on Thursday morning… Snow! I really didn’t think that I would see it in London again as the winter this year has been one of the warmest ever recorded. But having said all that doesn’t it look nice. 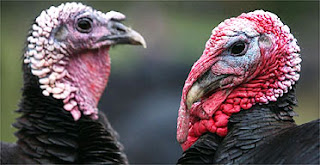 Outbreak of bird flu is confirmed on Suffolk farm.

Government vets confirmed last night that a strain of bird flu was responsible for the deaths of 1,000 turkeys at a farm in Suffolk.
The Department of Environment, Food and Rural Affairs said scientists had been called to the farm in Lowestoft on Thursday after the outbreak of a mystery illness. A spokeswoman said: "These preliminary results show it is the H5 strain of the virus but further confirmatory tests are in progress to identify the strain more fully and more will be known [today]. The affected premises were put under restriction on Thursday evening and the appropriate contingency plan has been put into effect."
According to the BBC, the alarm was raised by the farmer who noticed "significant mortality" among the birds. They were showing some of the symptoms of avian flu - going off their food and general malaise.
At first, scientists said they would expect the flock to die more quickly if bird flu were the cause. It is the second time in less than 12 months that an East Anglian poultry farm has been hit by bird flu.


The farm in question is on one of the largest Turkey farms in the U.K and is owned by Bernard Matthews. Now there are a few things about this that freak me out a bit:
Firstly That on the first two days over 250 birds died in one shed before the factory workers did something about it, now to me this means that they have a high death rate on a daily bases.
Secondly what conditions do these Birds live in and why are people not up in arms about it? To date 160,000 birds have been gassed on this farm alone and three workers are being tested for H5N1 or Avian Flu.
Now at the point of writing this they do not know where the infection came from it is thought that some of the 38 tones of dead Turkey brought to this farm/processing plant from Bernard Matthews Hungary operation. Why are people not asking, how? If it’s just me please say… 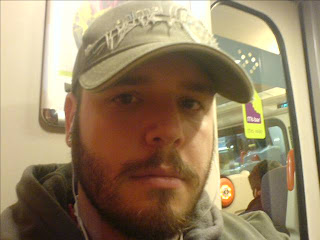 This is a Photo of Baz (without me hanging on to him) He is so nice I am truly blessed. What can I say about him? He is almost 26 and a Vegan, he is just changing jobs and will be moving down to London at the end of this month (he is going to move in with me in my nice clean and homely apartment) The cat loves him and I think that he likes him back… lol… We seem to like all the same things (about to do a really bad joke there but I’ll hold back) I got him a really nice camera for Valentines day (a Nikon D40) so with any luck you will be able to see some of his Photo’s on here soon.

And to round things up, I'm back at work! It was so nice seeing everyone as I had missed them so much. I'm still on a reduced number of hours and shorter days but I hope to be well enough to be back full time by the end of next month.

so thats it, Baz and I are going out tonight to look at "London Switched On" London sights lit with low energy lights...

Email ThisBlogThis!Share to TwitterShare to FacebookShare to Pinterest
Labels: Snow, Turkeys and a Sexy Boyfriend...