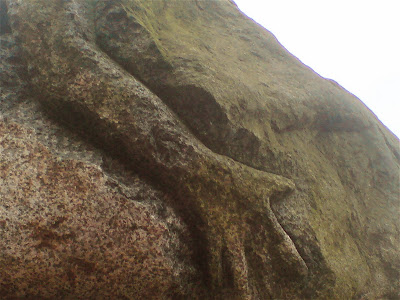 We can all do with a helping hand sometimes...

So it’s been a bit of a long time but I haven’t forgotten about you all. So what has been going on?
Well Baz is still looking for a job and hasn’t come across one that he likes yet, I said to him when he moved down that he should wait for the right job as taking one that he didn’t really want would be a bit crap.
My sister has kinda moved away from London down to my mum’s old place in Clacton-on-Sea with the two kids. Josh her oldest is going to have to have a pace maker fitted (this is not good news as he can’t work as an Electrician with one) Asa her youngest is doing well and Baz and I baby sat him the other day (I think he liked staying as he asked if he could stay again) he did ask where Baz slept, when I said with me he was like “oh yer” He’s 11 and has always known I was Gay, but he tells my sister that he thinks I’m not as I’m not camp like the Gays on T.V. (kids say some funny things)
And as for me well… I went for more tests at the hospital (not all of them came back good) so it looks like a lot more tests… JOY!
On other news I had to give up my O.U course, not that it was hard it’s just finding the time to do it when I wasn’t tired and needing to rest. I can always do it again so I’m not to stressed about it.
I’m really enjoying having Baz around he dose a lot of the housework when I’m out all day, which really helps a lot, and even though he doesn’t think so his cooking is good… I really need to put my head down and get on with writing my cookbook but that’s for another day.

Baz made me post one of my Recipes on the peoples cookbook, why not try it out and post what you think?


Well e-mail me and let me know how your all doing and I will catch up with you soon.

Email ThisBlogThis!Share to TwitterShare to FacebookShare to Pinterest
Labels: Update.....