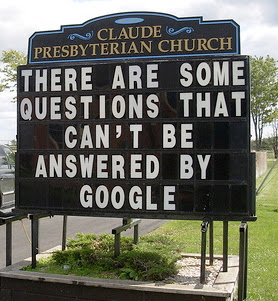 The thoughts in my head...
I spent some time today thinking... It's never a good sign but I have to say the one above is...
I spent some time last night and today scanning the internet for ideas for displays at work, I had what I thought is some good ones...
The main thread is things that happened a 100 years ago, and from that I would create displays around this...
Women compete for the first time in the modern Olympic games. It was also the 4th modern Olympic games and it took place in London, England. The Olympics opened on July 27th 1908 in what later became White City in west London.
I thought this would be a good one to look at as it is an Olympic year and four years from the next London Olympics. It would also work well for international women's day.

The first animated cartoon (in the traditional sense, i.e. on film) was "Fantasmagorie" by the French director Émile Cohl. Released in Paris 1908.

I liked the name 'Fantasmagoria' for one, but the main thought was to do a history of animation.
Henry Ford produces the first Model T automobile.

I think that the first mass produced car being 100 years old and how cars have changed in the past 100 years.
Elizabeth Garrett Anderson is elected the first woman Mayor (of Aldeburgh).

As we are in west London and the exhibition is in west London I thought this is a good history and home idea. We could look at how the home life has changed and how the world wars have added to those changes.
Then there are some book related 100 year stuff that displays could be done around.
Dr Jekyll and Mr Hyde had its first screen adaptation.

Dorothy and the Wizard in Oz the forth book set in the land of Oz was published on June 18th 1908.

A Room with a View by E.M Forster

The Wind in the Willows by Kenneth Grahame

The Tale of Jemima Puddle Duck by Beatrix Potter

The Elusive Pimpernel by Baroness Oryzy

And the last one that I thought I would like to work on is...
A Modern Utopia by H.G Wells

Some of the ideas I have been toying with are:
People in history who thought they where creating a modern Utopia.
Examples of modern Utopia in the world today.
Doing a display called 'One World, One Vision' and using this to do displays relating to people trying to change things for the better.
If you have any idea's then please post them, it could be just a saying or an expression and I can let my imagination run with it.
Bear. X
Posted by Vegan Bear at 8:03 pm

Email ThisBlogThis!Share to TwitterShare to FacebookShare to Pinterest
Labels: The thoughts in my head...

Im a vegan's wife, and am at my wits end as to what to cook for my hubby. He is a devoted vegan, been that for over 15 years. Even his toothpaste is vegan. Im a crap cook, and just can not cope with the cooking. I need some advise on easy recipes, rather than just cooking vegee sausages everyday. Helpppppppppp

The best place to go is www.vegweb.com

Get back to me if you don't find anything you like on there.