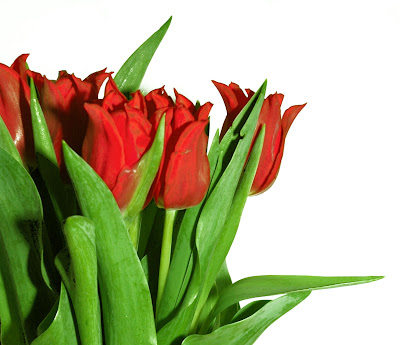 No Time For Flowers…

O.K I should bring you up to date with what’s been going down over the last few weeks!

Just over a week ago my brother-in-law “passed away” at home ½ way up the house stairs. Now this was kinda expected that he would die at some point soon, years of drinking and misusing prescription medication had done him no favours. It still seemed to come as a shock to most of us that it had happened so soon.

Now I can hear you all starting to think this is a sad story but I thought I would stop you right there and fill you in on a bit of background.

My sister was young when she met him and had just come out of a marriage with a controlling, cheating, freak. I’m not saying this is why she got with my brother-in-law but I thought you should know.
Now when she met him he seemed a nice guy, one may have even said perfect, but from what I understand it only took a few years before he changed. He seem to try every way he could to stop my sister having her own life. He even fell out with my parents and stopped my sister seeing them for some time. When he found out I was gay he stopped me seeing there children “I may have AIDS” and give it to them.
It seemed at this point he might have started beating my sister and her children. Now for a time here it went on like this without much happening till he had a car crash and was disabled. The doctors put him on DF118’s for the pain and left him much to his own devices. The painkillers didn’t work for long on there own and he started to get more from other places. He would steal from my sister and lie to doctors just to get more.
At this time they now had four children, my sister once said to me he was nice to her on four occasions! The oldest child after years of beatings left home leaving the young girl to take over nearly everything, I should point out here my sister was working all the time by now as he was running up bills and buying things they didn’t have the money to pay for, him not having done a days work after the crash. The young girl having had about as much as she could left home when she was twenty.
Now the relationship with my family was very up and down, my mum and my brother-in-law was one that was monumental in its ferocity, he had on many occasions tell her he was going to kill her and my sister and the kids. Now I can hear you ask why did my sister not leave him? Why did I not do anything? Well I can give you to answers to this, the first being that he said he would take the kids, and no matter what she wouldn’t let that happen. The second is because no one saw fit to tell me what was going on, it had become the family secret.
It wasn’t till a few years ago that on my mother’s deathbed that she chose to revel all, she told me all that I needed to know to let me take this secret on and offer some support to my sister.

So where are we now? Just before Christmas my sister decided that she couldn’t take any more, this after she had been beaten by him one to many times, she went to the bank to se if she could get some money using my mums old house to raise it. They turned her down flat; years of him running up bills had left her black listed and unable to do it. This is where I stepped in taking out a joint mortgage with her so she could pay her bills and finally leave. She handed in her notice and the children had finished in school for the Easter break, a new life was not far away, she went to my mums house where she was going to move and started to get ready, she had worked out a date for telling him she was leaving, when the one night the phone went and it was someone telling her that her husband had died his body just giving out on him after years of abuse.

So here I sit dressed in my best black cloths about to go and “be there for my sister” watching a man who made her life hell be cremated. Watch as people morn his passing, as my sister and the children shed a tear for the man who beat them. There are many more things I could tell you about this man and I’m sure I don’t even know the half of it all I can say is I’m glad he has gone from our lives…

So dear readers, this is the story of one mans life. I’m sure his sisters will remember him well and I would even say that if you met him you may do so too. But let me just say one thing “looks can be deceiving”.

Email ThisBlogThis!Share to TwitterShare to FacebookShare to Pinterest
Labels: No Time For Flowers…