Time's are changing in old London town, the Green Party of London has announced there new candidate for London Mayor in the shape of Siân Berry. I thought I would print some information about her and some of her ideas for things that would be good for London and the planet. 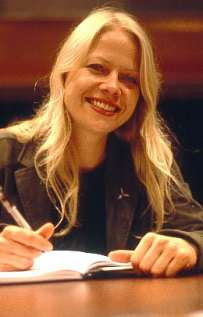 Siân is 33 and lives in Kentish Town. Previously the Green Party’s Principal Speaker and national Campaigns Co-ordinator Sian is one of the founders of the successful campaign group the Alliance Against Urban 4x4s.

She has campaigned in her local area of Camden for a greener development in the huge Kings Cross railway lands area, and one which provides high levels of social and affordable housing. She is a well known local activist in Camden, was candidate for Hampstead and Highgate constituency in 2005, and narrowly missed being elected to the council in 2002 and 2006.

Famous for their mock parking tickets for city four-wheel-drives, the Alliance Against Urban 4x4s started in London in 2003 and is now a national campaign demanding sensible measures to stop big 4x4 vehicles taking over our cities. The group recently celebrated persuading the current Mayor of London to propose a higher congestion charge for 4x4 vehicles and other gas-guzzlers.

Siân studied engineering at university and her professional background is in medical communications, where she worked for several years as a copywriter. These skills give her a straightforward and accessible approach to promoting green issues, focusing on what people can do today to make a difference, and on what governments need to do to make greener lives easier and cheaper for everyone.

As spokesperson for the Alliance Against Urban 4x4s, and a well-known Green Party figure, Siân has received wide coverage in national and international newspapers and has appeared on numerous TV and radio shows, from Radio 4's Today programme to Richard and Judy. Her calm, cheerful and persuasive advocacy has stimulated a lively public debate about 4x4s, and has helped to raise the environment further up the public agenda.

A Green London is a more affordable London

Siân says: “My pledge is to put cutting the cost of living and cutting carbon emissions at the heart of all my policies. My campaign will show that, done right, fighting climate change saves, not costs, money.

“London is the second most expensive city in the world, and while billions are made in the City, ordinary Londoners often struggle to pay for the basics - housing, energy and transport Being Green is about believing in a fair share for everybody, so I'm determined to cut the astronomical cost of living and make a fairer, Greener London.

“My plans will also slash the capital’s carbon footprint – 40% of CO2 emissions come from our homes and 20% from transport. We need to cut carbon emissions in all areas of our lives and my plans show that, done right, fighting climate change saves, not costs, money.

“By cutting fares, increasing the amount of affordable housing, and making London’s homes warm and dry with low fuel bills, I'll take a huge chunk out of the burden of expenses Londoners carry, as well as improving health and quality of life. I'll also provide more affordable premises for small businesses, take their side against the multinationals, and push for the London Living Wage to boost the economy and make it deliver for ordinary working Londoners.

"People who think social justice and poverty are not 'Green issues' are wrong. You can't have one without the other - a Green London is a more affordable London."

On fuel bills, Sian will roll out a massive emergency insulation programme, giving free insulation to every home that needs it. This is an extension of the scheme brought in thanks to Green Assembly Members’ budget negotiations, which currently gives free insulation only to pensioners and those on benefits.

Siân says: "40% of London's CO2 emissions come from housing, and that means our homes are leaking cash as well as carbon. All of us feel the pinch of a big energy bill, but over 1 in 20 Londoners have to spend over 10 per cent of their income trying to keep warm. Fuel poverty like that belongs in Dickens' London, not ours. That's why, as Mayor, I would provide free insulation to every London home that needs it."

Siân has pledged to go further than Ken Livingstone's fares freeze and cut the cost of travel in London. Siân would reduce all bus and off-peak tube fares, and extend the student discount on buses, currently available only on travelcards, to Oyster pay-as-you-go.

Siân says: "The cost of travel is one of the main reasons that London is such an expensive place to live. An affordable London is a pipe dream without an affordable public transport network, so clearly freezing fares isn't enough. I'd cut bus and off-peak tube fares, on cash and Oyster, and extend the student travelcard discount on buses to include pay-as-you-go.

"Instead of wasting hundreds of millions of pounds on the Thames Gateway Bridge, we should be focusing on making day-to-day travel more affordable for ordinary Londoners.”
Affordable housing

Siân would use planning powers to make developers include affordable housing for rent in all new developments, increasing London Plan targets for affordable housing to 60% and including a more stringent definition of ‘affordable’ to ensure more homes for rent are available. She would also lobby the Government to write off historic housing debt so that boroughs can start building public housing again.

Siân says: “The cost of a roof over your head is the biggest money worry for many Londoners. While developers throw up thousands of luxury flats, the city is crying out for quality, affordable housing. I'll use planning powers to make developers build more affordable homes, and keep more of them in the social rented sector so that they stay affordable.

“I'll also call the Chancellor's bluff on housing debt - boroughs are held back from building new public housing because of money they owe to the Treasury. But the Government has tried to use this debt as a bribe in privatisation votes. They can clearly afford to cancel it, so they should do it now and get the boroughs building again.”
A London Living Wage

As Mayor, Siân would ensure all public employers pay their workers a living wage of £7.20 an hour. She recently joined the T&G union in urging Citigroup to pay its cleaners this amount, which they have now agreed to, and she will ensure the Mayor’s office provides robust support to campaigns to make sure all private employers follow suit.

Sian says: "London is an expensive place to live, but there's plenty of money to go around if people are treated fairly. The Greater London Authority has calculated that the London Living Wage is £7.20 an hour, but companies that are raking in billions in profit are still paying London workers well below this. Thanks to pressure from the Justice for Cleaners campaign, several city employers now pay living wages to all their employees and I will make sure other employers are pressured to follow suit.”

Siân is planning a raft of policies to boost small, local and green businesses in London, including:

Using planning powers to make sure large retail and industrial developments make half their space available at affordable rates for local businesses.
Increasing the advertising space on the Underground, and giving priority to local business and free space to community groups.
Closing London City Airport and using the land as a new Green Industries Park to encourage new enterprise in the growing environmental sector, especially manufacturing.
Siân says: “Smaller businesses put more of their profits back into their community, building economic as well as environmental sustainability. And we all prefer having a wide range of unique businesses, instead of empty ghost-town high streets and big-box retail parks. So it's about time our community did more to help these businesses compete against the multinationals.

“One thing I would do as Mayor is make sure that all new large developments made half their floor space available for small businesses at affordable rents. We need to defend our high streets, not let them be abandonded or swallowed up by identikit shopping centres, and we need to do more to support small and local manufacturers.”

Siân plans to kickstart renewable energy use in London by offering low-cost loans to householders, community groups and businesses to make use of new, clean energy technology.

Street-by-street surveys will identify the best sites for renewables, and people throughout London who want to generate their own energy will get detailed help with the paperwork, a scheme which is already being piloted in Lewisham, thanks to Green budget measures. As Green Mayor, Siân would ensure this scheme is rolled out rapidly to the rest of London so that we can all benefit.

Siân says: “With soaring oil and gas prices, the Government’s timewasting on renewable energy is hitting us all in the pocket. London isn't the Lake District, but even in the city there is the potential to generate huge amounts of clean energy. I know London isn't afraid to take the lead when it has to, and if we can't take part in the renewables revolution with the government's help, then we'll lead it without them.”
Posted by Vegan Bear at 7:32 pm

Email ThisBlogThis!Share to TwitterShare to FacebookShare to Pinterest
Labels: One Chance... Should you vote Green?, One World