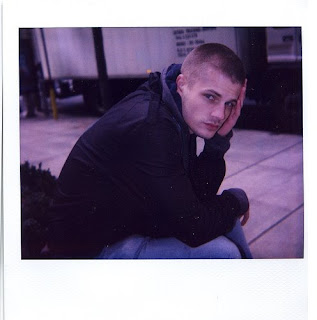 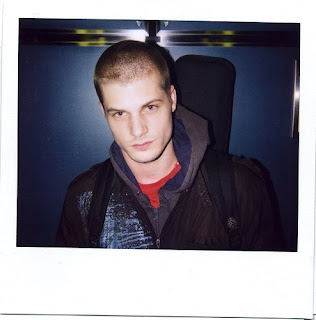 Like I need an excuse to put photo's of Jay Brannan on here, but I thought it was a bit of eye candy for you to look at before I started my rants for the day...
I've just downloaded iTunes 8.0 and can I just say I'm very impressed with it's new look as well as the new 'Genius' software. Genius works in two ways, the first is as a smart play list creator and secondly as a 'you like this, then you may like these'
Here is the play list it suggested from me selecting 'Half Boyfriend' as my chosen key song for it to make up a play list from.
Half-Boyfriend 4:11 Jay Brannan Goddamned
Little Yellow Spider 3:41 Devendra Banhart
Ode to Billy Joe 4:20 Phranc
Talk of the Town 5:10 Kate Walsh
On All Fours 4:31 Jay Brannan
Suzanne 3:47 Leonard Cohen
Body's a Temple 3:50 Jay Brannan
There's Gotta Be Something 3:34 Eric Himan
Mrs. Brown You've Got a Lovely Daughter 3:11 Phranc
Bowlegged & Starving 4:01 Jay Brannan
I Ain't Done With You 4:46 Eric Himan
Bulldagger Swagger 2:49 Phranc Goofyfoot
Bird On a Wire 3:26 Leonard Cohen S
Unstable Boy 3:36 Jay Brannan
At First Sight 3:53 Jay Brannan
Suferdyke Pal 2:39 Phranc
Man You Had in Mind 3:37 Eric Himan
Sisters of Mercy 3:33 Leonard Cohen
26-Hour Day 5:52 Jay Brannan
Joan Of Arc 6:23 Leonard Cohen
Housewife 3:33 Jay Brannan
Goofyfoot 2:46 Phranc
The Partisan 3:23 Leonard Cohen
Goddamned 5:47 Jay Brannan Goddamned
First We Take Manhattan 5:59 Leonard Cohen
I'm playing it now as I type this and I think it's done a really good job of picking songs from my very mixed up music selection on my Macbook.
On other news...
I'm still in loads of pain from my accident last week so I have decided to contact one of those accident compensation claim companies to try and get some money to compensate in some way for the humiliation and pain that I'm going through.
I decided that even if it's enough to pay for Baz and I to join the local gym for a year it will help us both. For me it will give me the use of a pool and running machine to get back from the accident and it will enable Baz to drop some weight as he wants to do that. And the really nice thing is that we will be able to do it together.
I also hope that Tesco do something about the walkway too, so that others don't fall like I did. I will try and take a photo of the walkway later this week and post it so you can see what I slipped on.
I have today off so I'm just chilling and making the most of it as I'm about to do a nine day week after this. All I have to do is think of the over-time and next months pay packet.
I also have loads of reading to catch up on and some photos to take, washing to do and not forgetting shopping and I think Baz said we would go to the Bacon exhibit at the Tate tonight. So a busy day for me... Did I say I was chilin?

So onwards and upwards, I have my check up with the nurse on friday afternoon so we will se if they let me stay on the magic pills or if they take me off again? and lets hope that I lose some more weight to boot.
I think I have as I have gone from a XXXL uniform to an XL at work in just 8 weeks...
Bear. X
Posted by Vegan Bear at 7:17 am

Email ThisBlogThis!Share to TwitterShare to FacebookShare to Pinterest
Labels: New iTunes 8.0 and other stuff...

I only discovered Jay Brannans music (and your blog) today !

Congrats on the weight loss.