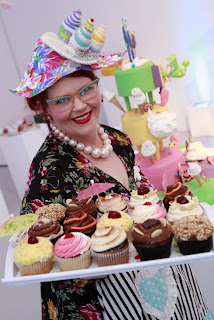 This Blog entry was posted on 'To Happy Vegans' blog last week.
About a year and a half ago I wandered into a room filled with cupcakes – I had heard about this monthly gathering of people sharing cupcake love, so I thought I would give it a whirl.  Sure there were stacks and stacks of traditional cakes piled with butter-cream but my goodness was I surprised to find ANOTHER plate of vegan cupcakes!  Beyond excited I found out they belonged to Mitsu and Sasha, who are indeed two of the happiest vegans of them all.  Meeting the two of them and their passion for all vegan baked goods had a huge impact on my life – more than they know…
I had been baking vegan for quite a while and after a few appearances on Britain’s Best Dish (ITV) with my vegan cupcakes I decided I would try and make a go at it as a business – Ms. Cupcake.  When I met Sasha and Mitsu the ideas were all bubbling in my mind, but I had this underlying fear that there wasn’t a need in the market for vegan baking.  How wrong I was!  Through the encouragement of the To Happy Vegans and other amazing people I’ve met along my journey my little home business has grown very rapidly!
From market stalls to wholesale to now opening London’s first entirely vegan retail bakery with a staff of 4 amazing people – it’s been quite a whirlwind! So what have I found?
So what will this new bakery be like?
Well, first and foremost it is a place for everyone – Vegan, not vegan (who I like to call ‘those who are potentially vegan’).  We will produce our cupcakes of course but we will also be filling our shelves with other yummy baked goods (savoury and sweet) made onsite.
There will also be non-food items on show as we will be supporting local craft makers by having a variety of their handmade goods available for sale too!
We’ll be running lots of classes in the evenings as well.  Cake decorating, vegan baking and lots of vegan ‘lifestyle’ talks.  These will be run not just by Ms. Cupcake and her Cupcake Crew but also by lots of other fabulous vegan companies and organisations.
Exciting?  I hope so!  I know that we’re excited about it.  Just think… if I hadn’t been encouraged by some amazing vegans along the way – we wouldn’t be here.  So here’s a big kiss and a hug to all the happy vegans out there!
Ms. Cupcake X 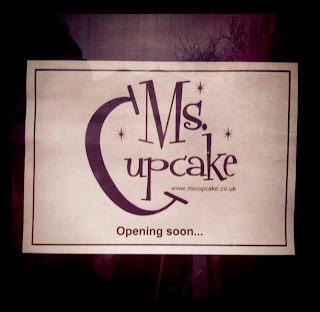