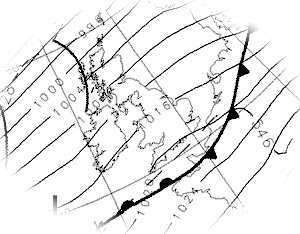 News Released on the 4th of January 2007 by the Met Office UK should have us all a bit restless in our beds today….

2007 is an El Niño year with water temperatures off the cost of South America set to rise by at least 5c and with Global temperatures already on the increase could this be the tipping point for global warming and the point of no return for our planet?

Last year saw record temperatures here in the U.K with the Met Office predicting that this year could be any hotter, mixed with a very dry and warm winter so far this could not only pose a threat to British wildlife it could also stress even further the eco balance of our native vegetation.

Already this year across the globe we are seeing unusually warm temperatures in the northern hemisphere with spring braking not only here in the U.K, but New York’s Central Park reporting spring time plants blooming where several feet of snow would normally be.

The southern hemisphere is also besieged with its own problems. Australia is griped in one of it worse droughts and bush fire season it has ever seen with large areas already burnt or burning. This poses two problems, not only is bush land and it’s wildlife being destroyed but also with the lack of ground cover after the fires what was once ground that could support life is turning to desert. Across Asia we have seen stronger than normal typhoons and heavy rain in Latin America has caused major flooding.

If this is not the year, then when will it happen? 2014, 2021 both of these are El Niño years. We are have problems dealing with one disaster at a time, could you imagine if they were happening globally at the same time.

If you do one thing after reading this please think about how you would cope if when you turn on your tap there was no water due to a drought. Is there a way you could save more water? How would you deal with keeping cool in a long hot summer? Why not make a small change today and start using green power, it only takes one phone call or a click of a mouse.

If you live in the U.S try this website and see where you could get your green energy from.
http://www.eere.energy.gov/greenpower/buying/buying_power.shtml

I hope that this time next year I can write that I and the Met Office were wrong but trust me you will feel a lot better for knowing your playing your part to help save our beautiful planet.