A Night on the Sea Shepherd 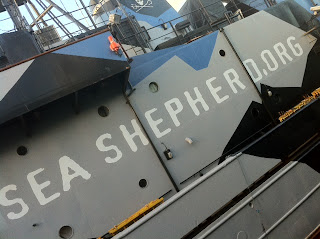 This week Ms Cupcake and I got the privilege of going to a once in a life time even here in London. The conservation ship The Steve Irwin one of the Sea Shepherds anti whaling ship docked in London and was berthed along side the former war ship HMS. Belfast.

The event was a VIP fund raising night with lots of celebrities including conservationists and music gods.

We took along some Ms Cupcake cakes to help the evening go along with a extra special pow.

During the evening we were entertained by lots of live music including Hawkwind and Adam Ant. Also on deck was a group of artists who over the course of the evening they painted some giant canvases that people could buy in a silent auction. 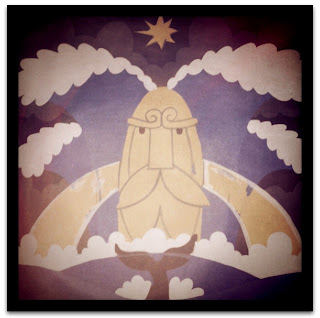 This was one of the unique paintings half way through the evening.

I tend not to be political when it comes to everyday life but one thing I'm passionate about is supporting sea preservation.

I was blown away by how humble the amazing crew of the Sea Shepherd were. The Captain gave a speech telling us how many sea animals had been saved over the seven years of there campaign.

He went on to tell us that they had sunk seven whaling ships and damaged twelve more. 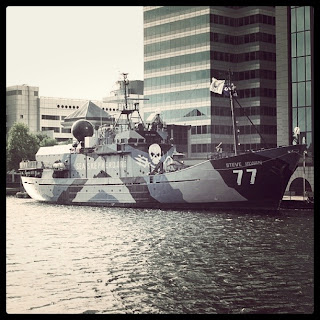 I should say at this point no human has been hurt or killed in the seven years of the campaign.

This year they are heading south to a whale sanctuary where Japan is ignoring the international sanctuary protocols.

It is so important that we protect our seas and those who live in them, not only for us but for our planet and the other living things on it.

If you can find it in yourself to support Sea Shepherd please do. You can start by buying a badge, giving out leaflets, finding a way to hold a charity event in your town or city.

To find out more about Sea Shepherd and help with the campaign to raise awareness of the plight of our seas and oceans. www.seashepherd.org and if you want to see what they do check out Whale Wars in iTunes.